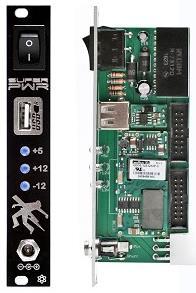 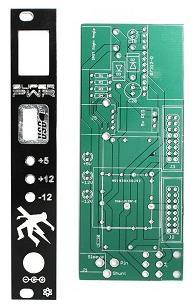 Synthrotek’s Super Power gives you loads of power and is skiffable at just 46mm deep! Designed with safety in mind, Super Power has polarity protection and regulators with short circuit, overheating, and over current protection.

Why make a totally new power module? First and foremost, the Deluxe Power Module was a tough build. DIY has always been at the heart of what we do, so we re-oriented the board so that it is simpler to build, and more importantly, simpler to troubleshoot. We also would occasionally have a metal switch break when shipping a Eurorack case, so we switched to a hardy plastic jack.