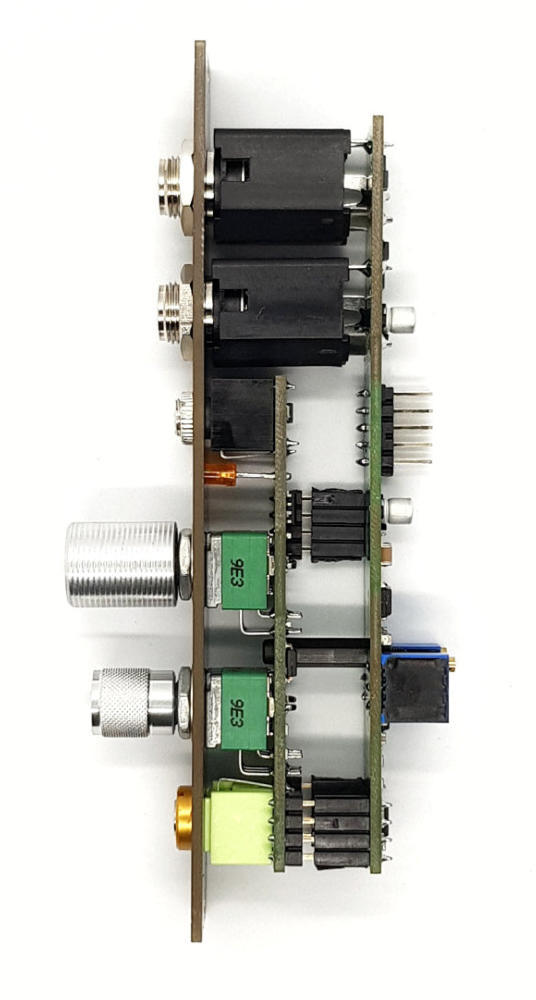 UIT is a balanced output module taht supplies an active output on the cold terminal of the TRS jacks,

producing the same signal as the hot terminal but pahse-inverted. This allows stable driving of long cables

at low noise levels. It is based on high-performance, fully differential operational amplifiers and laser-trimmed

thin-film resistors that exhibit low noise and distorsion and a wide output swing.

Headphone Output. Both have dedicated Volume potentiometers with +6dB gain.

Two LEDs indicate the level of both incoming signals. The left input is normalized to the right input if there is

no signal present. The outputs are protected against unwanted phantom power voltages.