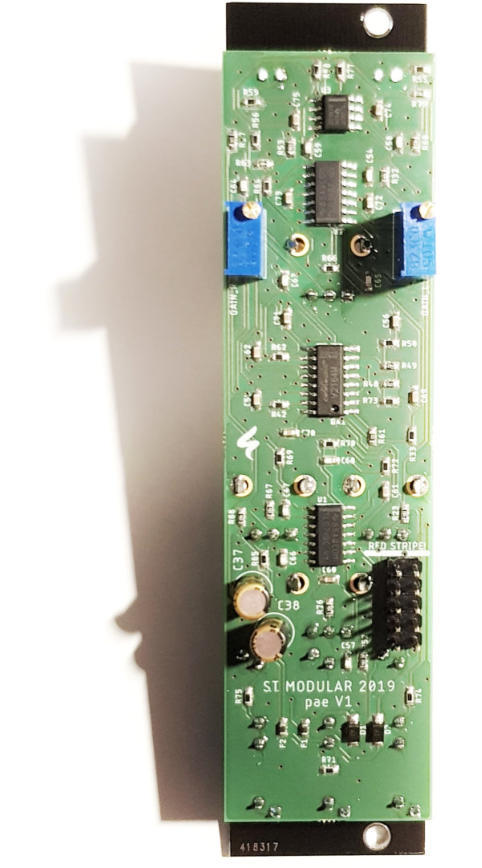 PAE is a voltage controlled Pan or Fade module. It has two inputs for two different mono or one stereo signal. Using the Volume potentiometer you can set the volume of each channel separately.

According to the potentiometer on top of the module only one or any mixture of both signals will be available at the Out jack. Simultaneously each channel can also be taken from the Out L and Out R output jacks.

Additionally Pan or Fade can be controlled via voltage using the CV jack. The small potentiometer on top of the jack acts as an attenuator for incoming voltages.

Two LEDs on top of the module show the current state of Pan or Fade. The module is capable of handling CV and audio