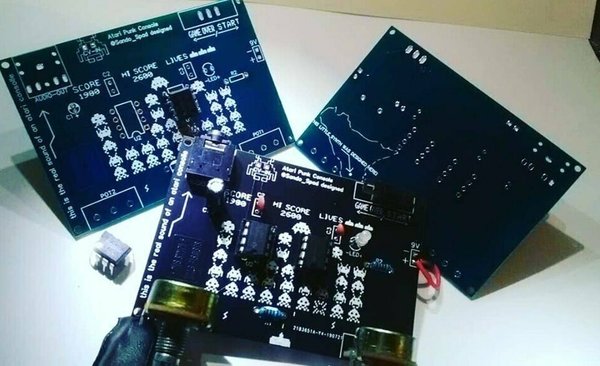 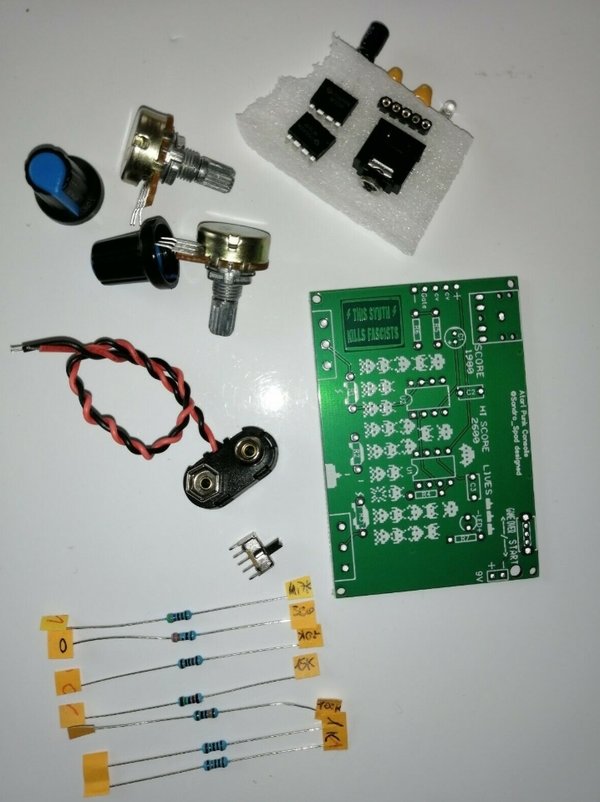 Atari punk console...is the circuit that simulates the same "sound effects" as the old Atari game consoles in the 80's, it is nothing more than a tone generator or commonly called in the world of oscillator synthesizers. That is, the first element used in the synthesis of sounds in electronic music.But let's move on to the actual concept. The project atari punk console is sold in kit assembly with instructions and wanting with some components already welded, especially useful to those who want to start soldering starting with something simple but really satisfactory results.Dedicated to all those people who want to approach the world of DIY (DIY), the synthesis of sound (sound design) and analog circuit bending but especially to experiment at a relatively low cost.
Battery not included