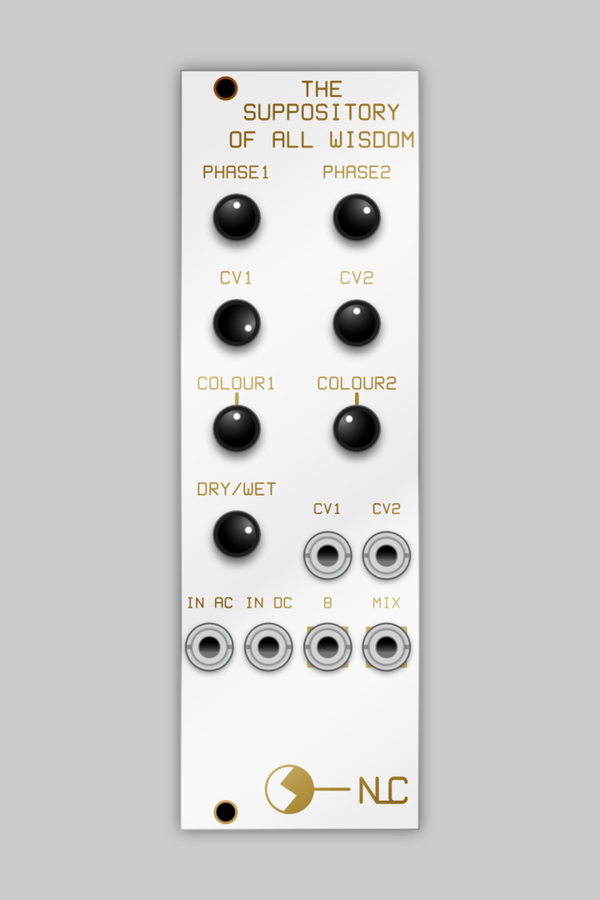 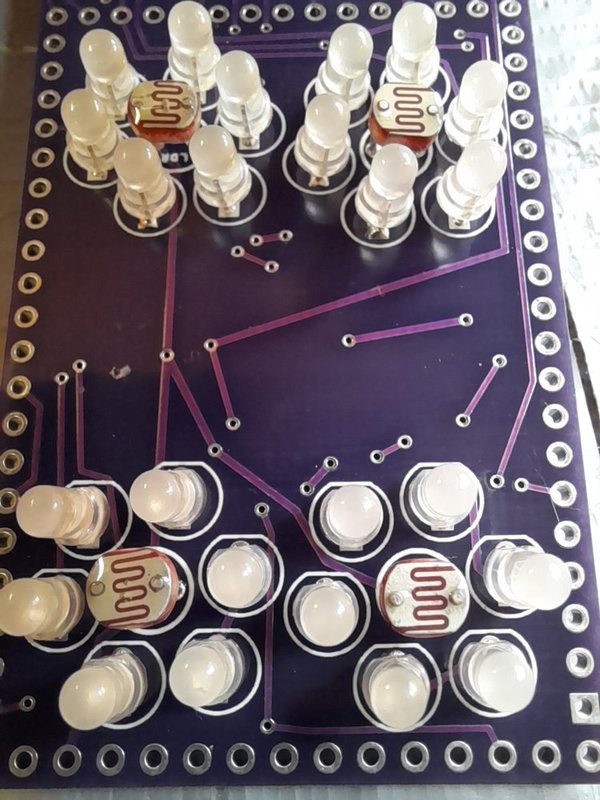 NLC THE SUPPOSITORY OF ALL WISDOM

This module is supposed to be a phase shifter, but is so badly designed that it spits, sh!ts and burps all over the place. It can even do it without even using any CV signal.

As has been noted, I have been on a bit of a tour of phase shifters. There are two that have long intrigued me; the Steiner Phaser, which uses diode strings as variable resistors – a method also seen in the well-known Steiner filter and in some old 70s compressors. The other is the Lovetone Doppelganger, which is a typical 4 stage LDR based phaser, except the filter capacitors increase for each stage, so 4.7n, 10n, 22n and 47n. Also it had two modulating inputs, one for stages 1-2 and the second for stages 2-4. Furthermore, it just used LEDs and LDRs mounted on the PCB with no isolation, so there was some interaction between the stages.

It seemed entirely logical to combine the Steiner and Lovetone circuits, replacing the diodes in the Steiner with LEDs that would fire up the LDRs in the Lovetone section.

Initially I had these running in parallel with individual and mixed outputs, along with stepped capacitor values. After a lot of experimenting, it ended up with the two sections in series and dropping the stepped capacitors for 10nF thru-out.

Phase 1 and CV1 control stages 1-2, Phase 2 and CV2 control stages 3-4. The whole lot is sitting inside a single black box, so everything affects everything else. To make matters worse, if the audio is too hot (and it is designed to be), it will turn on the LED strings and so affect the LDRs in stages 4-8. CV bleed-thru in diode strings is a known problem; here we have audio bleed-thru into the CV circuit.

Black/gold panels are available for this module.