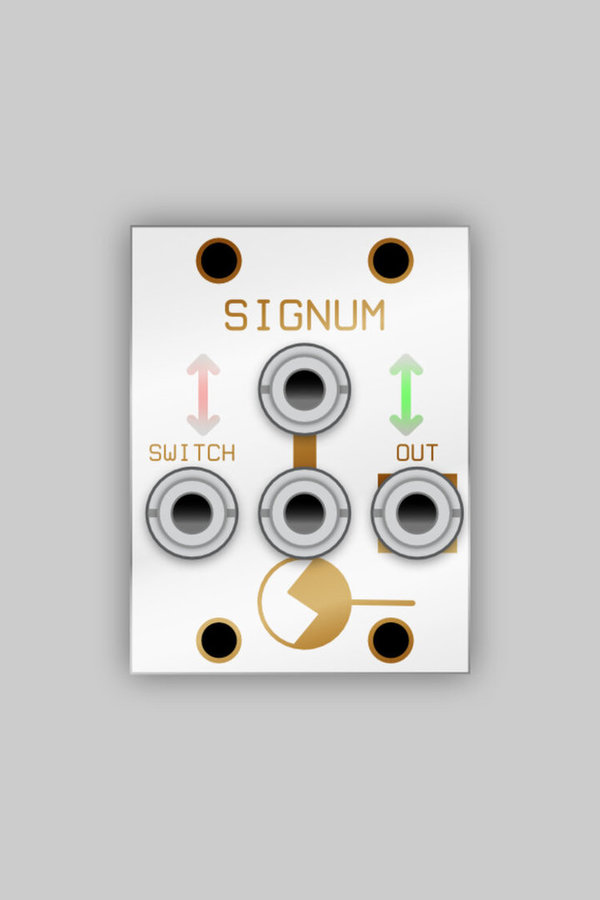 In the simplest sense, NLC 1U SIGNUM is a switching module. It is a little different though because it has 3 states rather than just on/off:

In this case, the module uses approx 1V, rather than 0V, as the switching point, so that it can be controlled by gates. It is simple to bring it back to 0V for those who think it should be. Also the '0' state is really a result of the diode voltage drops rather than any circuit design trickery, but if it was not there this would not be a signum circuit.

The signal on the bottom input is fed to the switch of the Switch jack (oh yes) so the incoming signal can switch itself without any help.

The three states actually mean there is a flat spot at the switching point, so the circuit can be used for audio but at slow rates there is a click, so it is far better suited for CV processing.

This circuit originally was used as the nonlinear element in the Primal Hyperchaos and two of them in the Hyperchaos Deluxe. I quite like it on its own, so the Signum Hyperchaos brought the signum section to the panel where it could be used as a stand-alone module. This version drops the chaos and just has the Signum. The switching is done by diodes rather than a dedicated IC.

Only panel and pcb, no further parts included