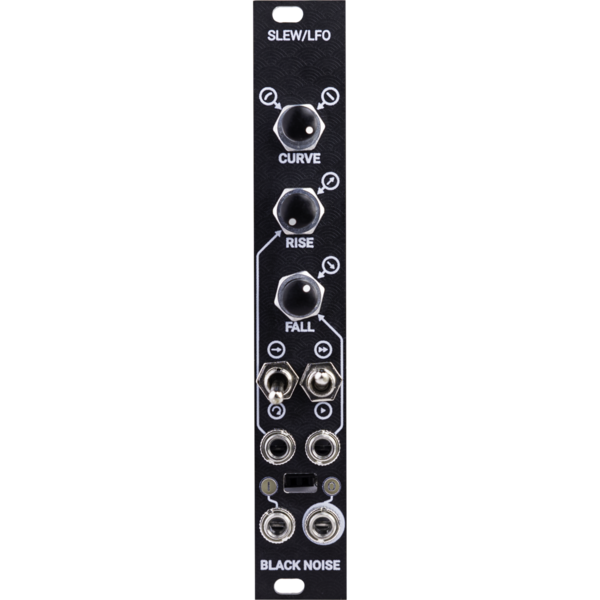 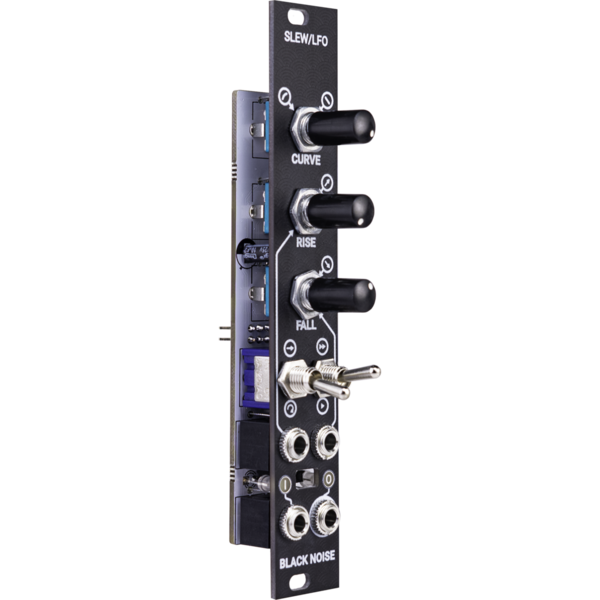 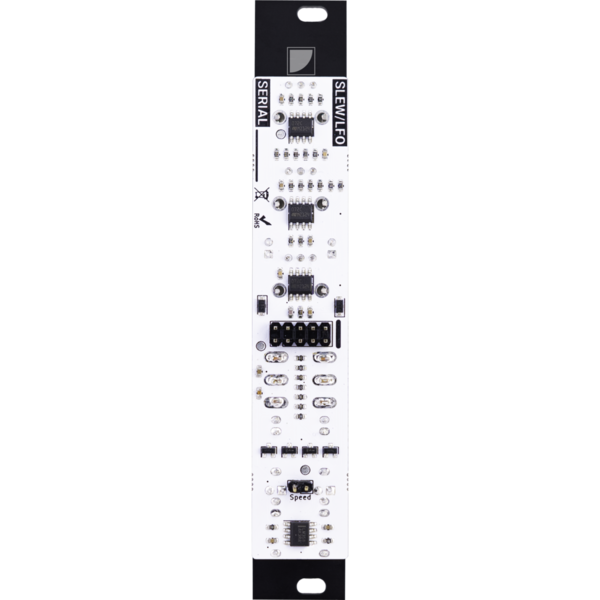 blacknoisemodular Slew-LFO - as its name implies you could think that SLEW/LFO is just a Slew and a LFO packed together but it is more than that.

They wanted to design a module around the Slew generator which is a underestimate function of a synth. It is often seen and used as a way to make portamento but they've thought it could be more than that.

They wanted to design a small module so it could fit in any case. They want it to be ergonomic and easy to use despite is size. But They also wanted to pack as much features as possible to make of it a "swiss knife module".

The result is SLEW/LFO a 4HP width module, that can be used as a portamento, AD envelope, LFO, VCO, Filter, Envelope generator and much more.

SLEW/LFO is so versatile that it is useful in all patches.