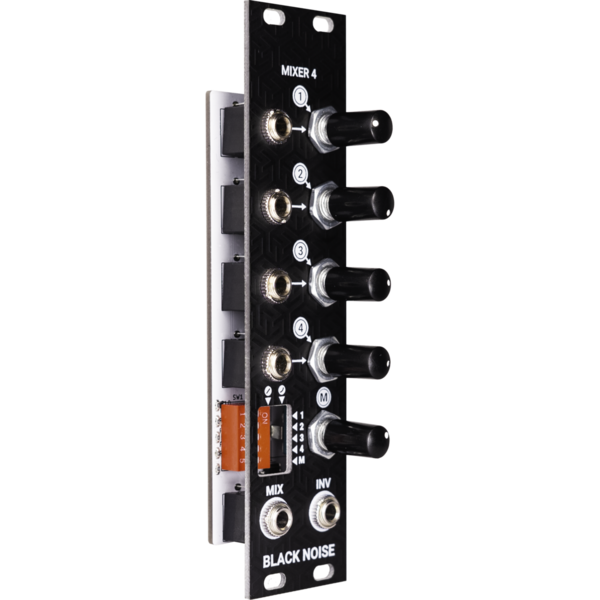 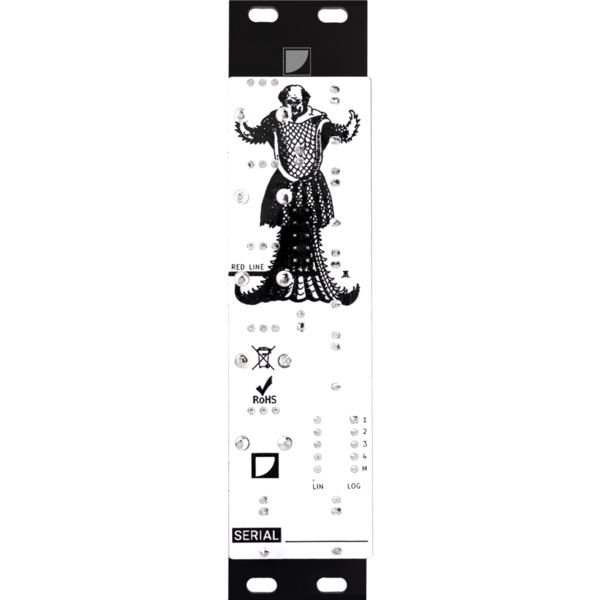 blacknoisemodular MIXER 4 - V2 is the updated version of MIXER 4 (V1) and aim to be a useful and straightforward mixer with extra functionalities.

Most of the mixer have either linear or logarithmic curve response. Linear curve is more suitable for CV signals and logarithmic is designed to process audio signal.

One of the downside of this configuration is that you need lots of mixers to be shure to always have the right mixer available. MIXER 4 try to answer this issue allowing to set on the fly to curve of each channel individually.

The udpated version V2 features the curve selector directly on the frontplate allowing for easy settings of the curve of each channel.