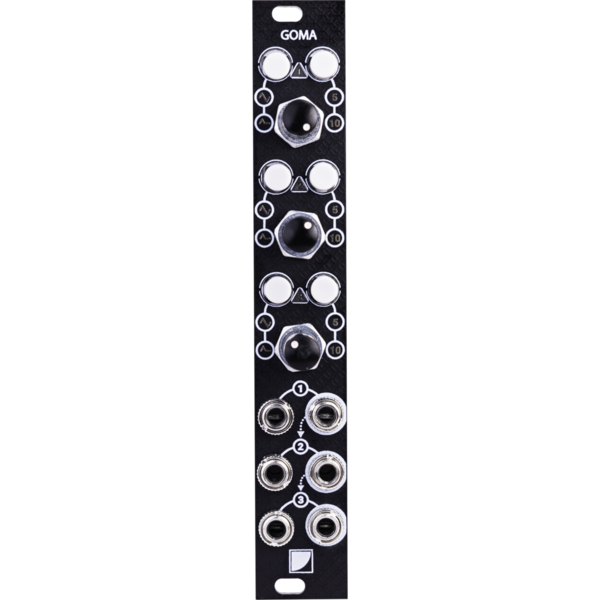 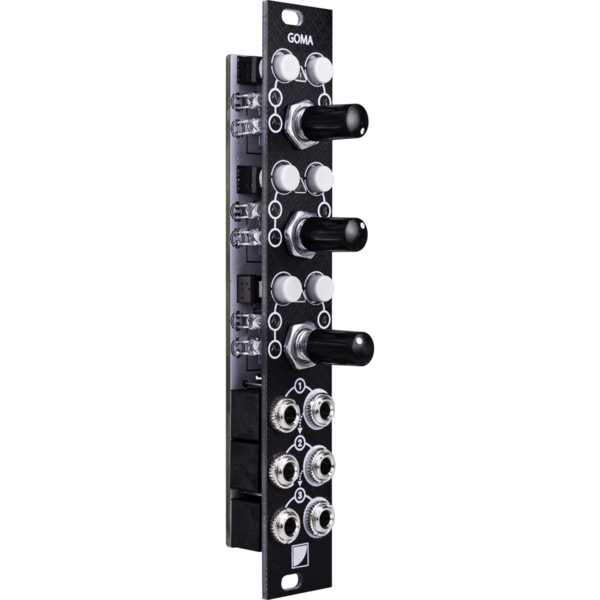 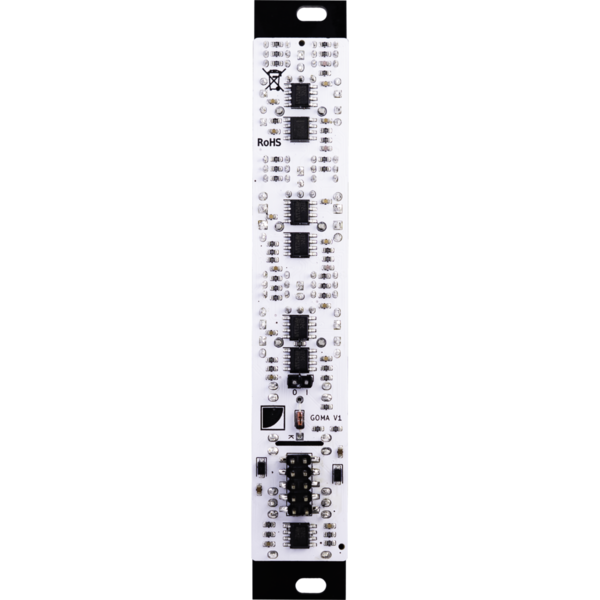 The idea behind GOMA was to make an improved version of the classic 3 Attenuator/Attenuverter modules.

They wanted to design high-end but small module so it could fit in any case. They want it to be ergonomic and easy to use despite is size. But they also wanted to pack as much features as possible to make of it a "swiss knife module".

The result is GOMA a 4HP modules made of high-end components for max precision (low tolerance resistors, low noise/distortion opamps).
Each channel can be set as Attenuator or Attenuverter using the dedicate switch.
Each channel can be normalised to +5 or +10V using the dedicate switch.
They've taken great care in the design and choice of switches to make sure to avoid switching by mistake when tweaking the knobs.
They've added LEDs to make it easy to use in dark environment.
They've added feedback LED on each channel so you can spot at anytime the state of the output.

And they added, which is maybe the best feature, daisy chain !
You can easily daisy chain multiples GOMA module to create virtually infinite mixer/offset generator.

GOMA is 100% analog so the switches keep there states even when your rack is off.

GOMA is so flexible that it is useful in all patches.