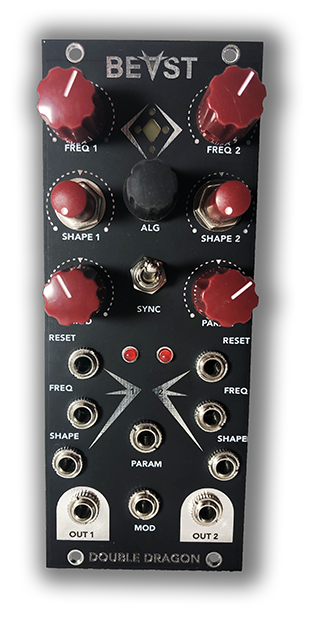 Mutagen is packed with logic options for adding spice and variety to your drum beats and sequenced gates. Dual probability switches (also known as Bernoulli gates) randomly route a trigger or gate signal to one of two outputs based on the selected probability.

In addition to the probability switches are a two input OR gate, a two input AND gate and a three (or two) input multi-logic gate to merge, invert, compare and randomize trigger and signals.

On the back of Mutagen is two configuration jumpers that turn each Probability switch into a clock divider. In clock divider mode, the probability knob selects different clock divisions.

MG brings this clock divider option to the front of the case with switches and RESET input. As an added bonus there is an attenuator thrown in.